At the ITTU site, where the Turtle 1 was built, we made an exhibition that attracted lots of people. 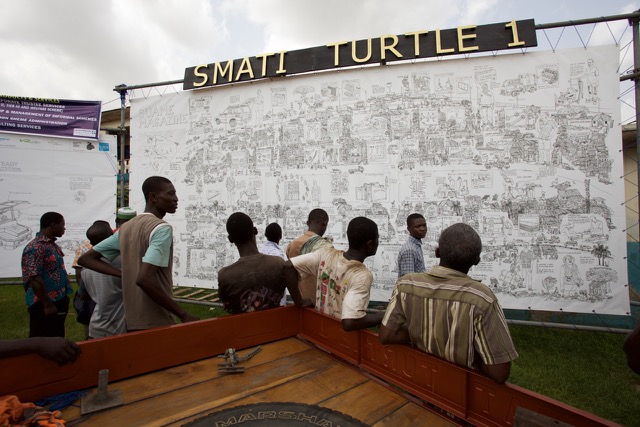 Today the Turtle 1 was officially handed over to the people of Suame Magazine at an official gathering. The nana (or chief) of the new land represented King Otumpfu II (who was traveling) and received the key from Aardschap Foundation. 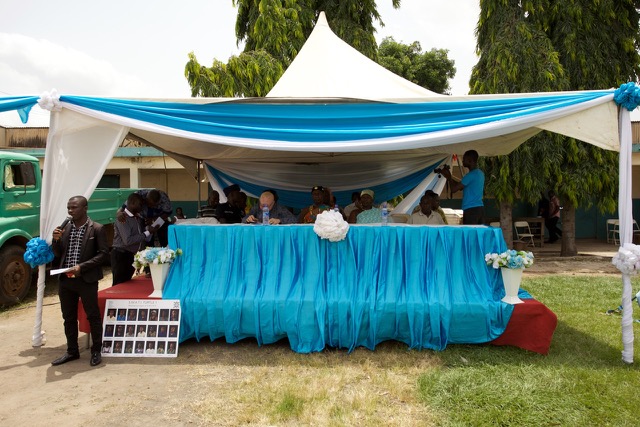 After the handing over of the keys, the Turtle was taken out through Suame in a parade. The brass band brought the already festive atmosphere to a boiling point. The Turtle, after a hibernation of two years, felt at home right away. 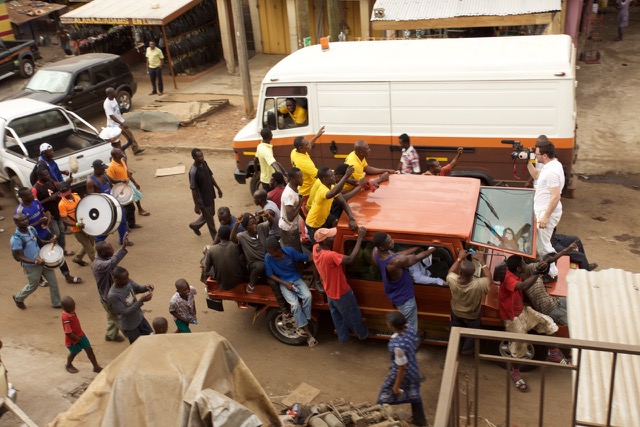